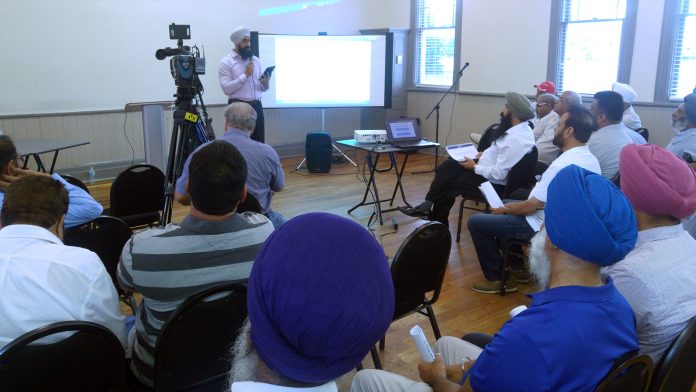 City Council will debate new proposed regulations on Wednesday that is designed to allow ride-share services to co-exist with existing Taxi and limousine services.

Ward 9 & 10 City Councillor Gurpreet Dhillon held an information session on Tuesday evening to inform taxi drivers about the proposed rules. A few limo and Uber drivers also attended. The proposed rule changes come in the wake of the GTAA decision to conduct a trial Airport pick-up service with both Uber and Lyft.

The bylaw proposes changes that will regulate PTC (Personal Transportation Company) apps, taxicab and limousine businesses within the City of Brampton borders to allow all businesses “to operate in a fair and competitive environment that is safe for the public and provides consumer protection”. Taxi drivers continued to voice their anger on how ride-sharing apps have caused them to lose business over the past 3 years, impacting their financial well-being and ability to support their families. One taxi driver in attendance stills wants to ban the technology in Brampton all together after being told repeatedly over 3 years that the city is “working on the situation.” Councillor Dhillon responded to the taxi drivers “I will be your voice.”

Council will make their final decision by June 27th, 2018. Some of the proposed schedule items for ride-sharing and taxis service is included below: