One On One With Kathleen Wynne (Full Broadcast)
50:00

Premier Kathleen Wynne sat down with Brampton Focus show host Michael A. Charbon recently, and responded to in-depth questions in an exclusive interview.  The questions were based on input from residents across the city who participate on the popular Brampton Focus Facebook Group. Questions were not provided in advance to the Premier.

This special broadcast rounds out our series of interviews with each of the Ontario political party leaders, including Patrick Brown of the Progressive Conservative Party of Ontario, Andrea Horwath of the Ontario New Democratic Party, and Mike Schreiner of the Green Party of Ontario. All of our broadcasts air on Rogers Television, and are archived on our YouTube Channel.

Topics discussed included the sale of Ontario Hydro, the increasing cost of electricity, our Provincial debt and deficits, transit, and investments in infrastructure.

Brampton Focus worked for many months to arrange the interview citing a strong interest from residents to get answers to their questions. The Premier’s office responded to the opportunity to conduct the full-length session.

Other topics discussed with the Premier focused on items of great interest to municipalities across Ontario, including the role of the Ontario Municipal Board in overriding decisions made by residents and councils, as well as ways that municipalities can generate additional revenues to support the delivery of services to their residents.

Charbon pressed Wynne on highway tolls, an issue that has recently come to a head in Toronto. Since this interview, the Premier has stated that tolls will not be permitted on the Gardiner Expressway and Don Valley Parkway.

Transit was an important component of the discussion. Premier Wynne did not mince words when asked about Brampton’s decision to refuse Metrolinx’s controversial $1.6 billion Hurontario-Main Light Rail project. In a split decision which took place after a marathon session at the Rose Theatre on October 27, 2015, and after listening to an overwhelming number of delegations that supported the plan, Councillors voted to terminate the project at Steeles Avenue. They have since been trying to find a viable alternate route.

With an election coming fast in 2018, the Ontario Liberals, led by Premier Kathleen Wynne, are currently looking at record-low approval ratings among Ontario voters. The Premier details why she keeps working to implement her vision for the Province, saying, “Popularity is not the point. It’s about economic growth, and it’s about jobs.” 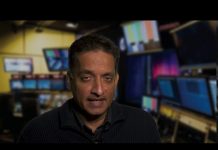 Brampton at risk of reverting to Stage 2