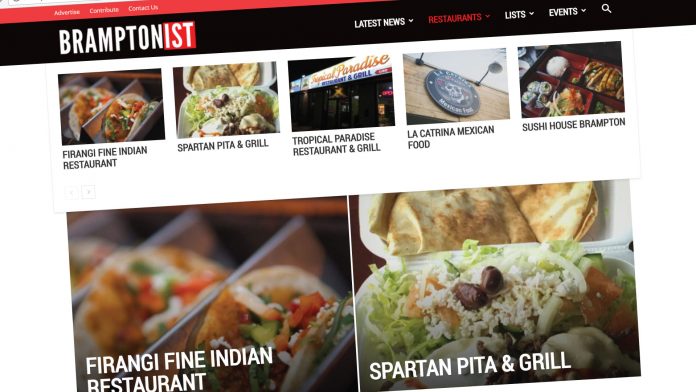 The City of Brampton released their Official 2017 Brampton Visitor Guide. It is a printed publication that is created with the help of Tourism Toronto and paints the city in a very positive light for visitors.

This year’s Brampton Visitor Guide includes Top 5 food and restaurant recommendations by a Mississauga based media publication that recently started covering Brampton. The decision to include this media company’s recommendations, and the resulting public relations benefits raises questions about the selection process in choosing the Mississauga company. To an outside observer, this may seem like sour grapes, until these Top 5 Reasons are considered: