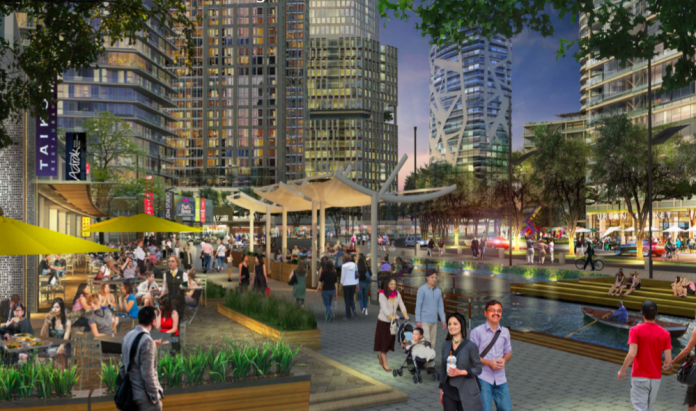 Our city has big challenges ahead to transition from an unknown mediocre city and live up to our billing as a top 10 city in Canada. To compile our wish list for 2019, we reviewed last year’s list and add to it. Our population keeps growing and the challenges keep getting bigger. Here’s what we came up with…

We need more jobs in the city. As the 9th largest city in Canada, this has been a continued mantra for politicians. We lag way behind in attracting world class companies to re-locate to Brampton and are challenged in developing entrepreneurs and small-business startups. The majority of our workforce leaves the city everyday for employment and smaller municipalities including  Kitchener, Guelph and Waterloo push and market themselves as Silicon Valley North, while Brampton draws up “Master Plans” with little so far to show for them. The economic development of the city needs to ramp up and utilize our young and educated workforce. Will Mayor Patrick Brown be able to kick start Economic Development as promised?

Violent crime trends need to be reversed. 2018 saw a massive spike in shootings in Brampton and across the GTA. Retiring Police Chief Jennifer Evens raised the alarms bells to the Police Service board, yet every week there were reports of stabbings, robberies, assaults, shootings and murders. Alarmed residents demanded action. With an election in full swing for much of 2018, politicians did little except to state that it was a priority to them. Well, the election is over and residents want to see action. Will we see more crime heading into Summer 2019?

We need to participate in the Cannabis boom. The city has until January 22nd to decide if it will participate in the first phase launch of retail cannabis stores across the province. Mississauga council has said not now. Toronto council has said yes. Brampton has been consulting with residents and has a Cannabis townhall scheduled on January 10th. Our gauge is that a majority of residents are OK with participating, however, a vocal minority might cause council to follow Mississauga’s decision. Either way, Cannabis is already legal and can be purchased online. If council opts not to participate now, it can opt in at a later date.

The ER at Brampton Civic Hospital ranks as the busiest in the Province and has been the poster child for the term “Hallway Medicine”. The hospital is regularly in “Code Gridlock” mode which instructs staff to discharge patients as quickly as possible.

The city woefully needs 2 more fully functioning hospitals and emergency rooms. We lag severely behind the provincial average for hospital beds per population. The last Provincial government announced funding for a Phase 2 at Peel Memorial. Unfortunately, Premier Doug Ford is not in a giving mood and hopes of alleviating our growing healthcare crisis any time soon is fading. Our new Mayor and Council needs to aggressively lobby the Province and MPP’s for completion of Phase 2, as well as another fully functional Hospital. Sadly, the problem will likely get much worse before it gets better.

Mayor Brown was elected on a promise of thinking bigger. Specifically, he was critical of the meager $80M in funding the previous Kathleen Wynne government allocated for a Ryerson Campus in Brampton. As we all know, the $80M was eventually cancelled by the new Doug Ford government. We have seen encouraging signs that there is still a lot of life in Ryerson’s desire to work with the city and vice versa, including the start of Cyber Security courses in January. We remain very hopeful that Mayor Brown and Council can resurrect this project as it has the potential to drive downtown development, economic development and a culture of innovation for decades to come.

The main stumbling block to real investment in Brampton’s downtown core for well over 40 years has been the high risk of flooding from the Etobicoke Creek. An environmental assessment is underway and significant progress is expected in the next two years on how to address this risk through a “Riverwalk” development plan. Council recently agreed with staff recommendations to indefinitely pause the “Downtown Re-Imagined” project that appears to have been ill-conceived and rushed considering that plans for a university had not been finalized and now at risk. As well, now that the LRT plans have change and other private development projects are still in planning, the downtown will likely continue to underwhelming in vibrancy and economic activity. This Riverwalk study is scheduled to be completed by 2020.  The city must show progress on the overall development of the Queen St corridor.

The decision to strand the Hurontario-Main Street Light Rail at Shoppers World divided Brampton Council during the last term. The new council quickly remedied this when Councillor Dhillion put forward a motion to re-instate Hurontario as the preferred route, thus cancelling the LRT studies on Kennedy and McLaughlin Rd. An amendment put forward by Mayor Patrick Brown to add a tunnel option was carried with an 11 to 0 vote. Our city needs to invest and continue to make progress in public transit and reducing traffic gridlock. Will this council consensus be sufficient to resurrect negotiations with the newly elected Provincial government to fund an extension to the downtown Brampton GO station?

Can we achieve a higher than average voter turnout in this year’s federal election? Our city has among the lowest voter turnout rates across the country. Brampton Focus / Brampton Voters will be covering the candidates and the election all year long. As we’ve seen in the provincial and municipal election, voting matters and voter turnout rates go a long way in showing those who are elected that residents expect promises to be kept.

Can you believe that a lawsuit from the Susan Fennell era is still in the court system? A well known developer in the city sued the city for $28.5M for excluding his bid to expand the south-west quadrant of four corners. This albatross has been hanging around the city’s neck for way too long. The final decision is in the Judges hand as both sides have submitted their cases. The entire deal connected with this debacle has cost taxpayers plenty and continues to be a public relations joke and a black eye for the city. Here’s hoping that this lawsuit ends early this year and the city can finally move on with a new mayor and council that have no connections to this project.

Need I say more? We’ve heard many promises and passionate speeches. Yet our rates are still the highest. Will we see any action this year?